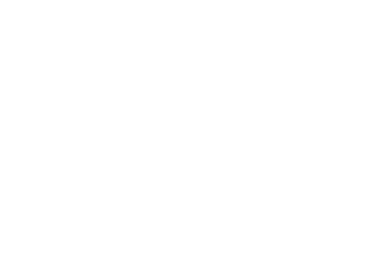 Fintech startup Jeeves raises $180M, quadruples valuation to $2.1B in half a year

Less than seven months after closing on a $57 million Series B, fast-growing fintech Jeeves has raised $180 million in a Series C round that values the company at $2.1 billion.

Financial technology companies raising multiple rounds in a short period of time has become more the norm than an exception as of late. Still, the velocity of Jeeves' growth and increase in valuation is impressive.

When it raised in September, Jeeves — which describes itself as "an all-in-one corporate card and expense management platform for global startups" — was valued at $500 million. This means it has quadrupled in value in just over six months. It's also notable that Jeeves only publicly launched in March of 2021, and officially emerged from stealth last June with $31 million in equity financing and $100 million in debt. In the summer of 2020, Jeeves was a participant in Y Combinator's summer cohort.

Its success is yet another example of how competitive — and lucrative — the corporate card and expense management category has become. For example, Jeeves says that since its Series B was announced in September, it has seen its revenue climb by 900% and doubled its client base to more than 3,000 companies. It also has reached about $1.3 billion in annualized gross transaction volume (GTV) with the expectation of reaching $4 billion by year's end.

"When I made the rough Series C deck in December, I realized we had more than doubled revenue compared to the entire month of November," said Jeeves CEO and founder Dileep Thazhmon. "Then in the first two months of 2022, we brought in more revenue than the whole of 2021."

"We ended up with five term sheets, which was a validation during a time when we're seeing more due diligence than we had previously and a more challenging fundraising environment," Thazhmon told TechCrunch. "The market looked very different in January and February than it did in December."

So just what does Jeeves do exactly? The company says it provides the underwriting, credit in local currency and the payment rails "for any business spend across countries and currencies." It currently has customers across 24 countries in North America, Latin America, the U.K. and Europe that are a combination of high-growth startups, e-commerce companies and SMEs, including Bitso, Kavak and Belvo, among others.

Jeeves was founded in 2020 under the premise that startups have traditionally had to rely on financial infrastructure that is local and country-specific. For example, a company with employees in Mexico and Colombia would require multiple vendors to cover its finance function in each country — a corporate card in Mexico and one in Colombia and another vendor for cross-border payments.

The startup claims that by using its proprietary banking-as-a-service infrastructure, any company can spin up their finance function "in minutes" and get access to 30 days of credit on a corporate card (with 4% cash back), non card payment rails, as well as cross-border payments. Customers can also pay back in multiple currencies, reducing FX (foreign transaction) fees.